presents
The Wonderful World of Reading 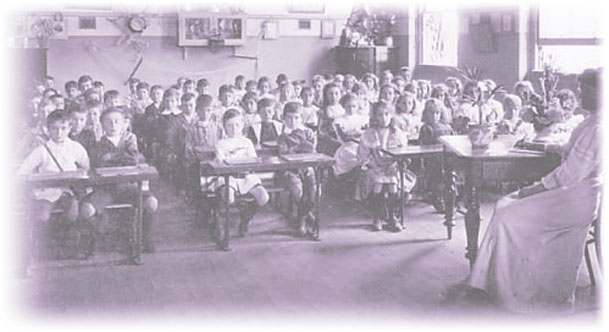 As a teacher of teenagers with learning difficulties since 1989, Patricia Lear often had to invent her own materials. Patricia’s students ranged from those who had the scholastic capability of a five-year-old to those who had high capabilities but had no previous education. No existing materials seemed to fit the needs of the students in her classroom.

SightPhonics was written out of guilt. The main reading program used with her students was one that taught the things that did not help the students in real life because it either taught sight words to be memorized or took a very long time to complete.

So she created a book accompanied with an audio CD in effort to teach her students the letter names. They succeeded so quickly that she decided to teach them the letter sounds. Again the success was so fast that Patricia decided to move on to simple words. As they kept coming to her for more and more reading, she had to provide new lessons to keep up with their demands. Riding a wave of success story after success story, she finally decided to plan and bring to fruition a complete program for all of her learners. The program she developed coupled her reading program plan with the fundamental teaching concepts from a program that was used in the 1940s that had to be fast for farms workers who were not able to spend a lot of time in a classroom. The end result was SightPhonics.

Then one day a former co-worker told Patricia how upset she was that four of her students were returning to her Adult Basic Education class for the next semester. They had been in her class for the entire year and despite her efforts, she was not able to help them learn to read. This teacher used every reading program she could. She utilized library tutor systems and computers, but to no avail. She was at a loss about what to do for them, but knew she couldn’t send them away. Despite initially thinking it might possibly be too simplistic for adults, Patricia offered the SightPhonics program to her friend.

In the first 6 months, all four students using the SightPhonics program made their state benchmarks twice. The facility, which monetarily rewarded for each benchmark, received a substantial reward, and decided to buy their own copy. That was twenty years ago. They still use SightPhonics today.

In the first 6 months, all four students using the SightPhonics program made their state benchmarks twice.

It was Salinas Valley State Prison that changed everything. Patricia’s friend was a former teacher at the prison and she encouraged her (repeatedly) to bring the program to them. To Patricia’s shock the head of education at the prison purchased the program immediately after she concluded her presentation. This decision was of major importance because he had to obtain special permission to purchase the necessary CD players for use at the prison (the inmates make tattoo machines and other assorted items from them). She was well aware of what he had to go through to bring the program to the prisoners. She notes that it was “his inspiration that inspired me.”

Today we sell SightPhonics globally through the Internet and catalogs and have expanded it to be in three different versions. SightPhonics continues to bring stories of success and Patricia dearly loves them all. And it all started with a little bit of guilt-driven motivation!

Home | Take A Peek | Testimonials | Order | About The Author | Contact Us
© 2000-2020 SightPhonics. All trademarks are property of SightPhonics.